Fearful symmetry: the search for beauty in modern physics

The story of modern physics is the story of the triumph of reductionism. It follows that a study of symmetry (the observation that physical laws remain unchanged when action is viewed from different ... Read full review

A. Zee is professor of physics at the Kavli Institute for Theoretical Physics at the University of California, Santa Barbara. His books include Quantum Field Theory in a Nutshell and Einstein Gravity in a Nutshell (both Princeton). Roger Penrose is a Nobel Prize-winning physicist and the bestselling author, with Stephen Hawking, of The Nature of Space and Time (Princeton). He is the Rouse Ball Professor of Mathematics Emeritus at the University of Oxford. 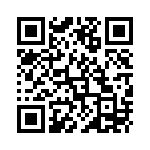