In the glare of contemporary Russian history, some of the cultural or populist aspects of history get somewhat short shrift. The dacha (the allocation of property rights) as used by Peter the Great to ... Read full review

Stephen Lovell is Professor of Modern History at King's College London. He is the author of Summerfolk: A History of the Dacha, 1710–2000; The Soviet Union: A Very Short Introduction; The Shadow of War: Russia and the Soviet Union, 1941 to the Present; and Russia in the Microphone Age: A History of Soviet Radio, 1919–1970. 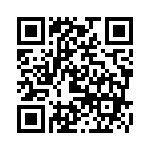