37 pages matching stop in this book

Betty Ballantine was born Elizabeth Jones in India on September 25, 1919. She married Ian Ballantine in 1939. The Ballantines established the U.S. division of Penguin Books. They founded Bantam Books and Ballantine Books, both now part of Penguin Random House. They helped invent the modern paperback and expanded the market for science fiction and other genres. Her novel, The Secret Oceans, was published in 1994. The Ballantines were voted into the Science Fiction Hall of Fame in 2008. She died on February 12, 2019 at the age of 99. 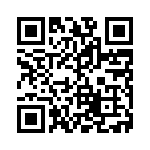