Arthur M. Melzer and Jerry Weinberger are professors of political science at Michigan State University. M. Richard Zinman is University Distinguished Professor at James Madison College, Michigan State University and coeditor of Politics and the Turn of the Century and The Public Intellectual. Melzer, Weinberg, and Zinman also edited Technology in the Western Political Tradition, also from Cornell. 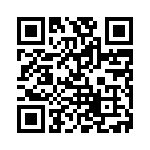