Michael Hutchinson is a writer, a journalist, and a former professional cyclist. He has won multiple national titles in both Britain and Ireland, and has raced at the World Championships and the Commonwealth Games. He is Cycling Weekly's principle columnist, and is a regular broadcaster on cycling. Re:Cyclists is the follow-up to his critically acclaimed book Faster: The Obsession, Science and Luck behind the World's Fastest Cyclists and the award-winning The Hour: Sporting Immortality the Hard Way. He lives with far too many bicycles in Cambridgeshire and London. 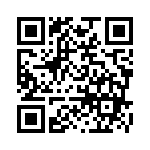