Read in here the 3 chapters on 'The cult of personal responsibility' then ask why there's so LITTLE 'personal accountability' for outcomes. Read full review 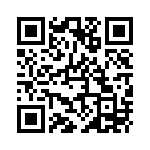