Paul L. Gaston serves Kent State University as its sole Trustees Professor. In this role, he pursues a broad commitment to interdisciplinary teaching and research in higher education reform, public policy, and the humanities. As the author of The Challenge of Bologna (2010), the only book to date on Europe’s Bologna Process of higher education reform, he speaks often on European higher education reform and its lessons for the world. He is the author also of Revising General Education, co-authored with Jerry Gaff (2009) and General Education and Liberal Learning (2010). One of four authors of Lumina Foundation’s Degree Qualifications Profile (January 2011), he serves as a consultant to Lumina Foundation and makes frequent presentations describing the development of the Profile and its potential uses. He earned both the M.A. and the Ph.D. from the University of Virginia, where he was a Woodrow Wilson Fellow.

Carol Geary Schneider has been president of the Association of American Colleges and Universities since 1998. 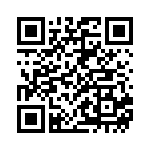