James L. Nolan, Jr., is professor of sociology at Williams College. He is the author of Reinventing Justice: The American Drug Court Movement (Princeton) and The Therapeutic State: Justifying Government at Century's End. 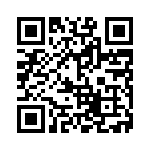