Petra and the lost kingdom of the Nabataeans

Writer and photographer Taylor (High Above Jordan) has created a beautifully illustrated work covering the history of the Nabataeans, an Arab people who lived in the area of present-day southern ... Read full review 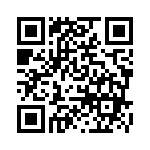