Not possible to review unless the complete book is accessible.

Page 6 - This religious revival was not brahmanical in its orthodoxy; it was heterodox in its spirit of protest against forms and ceremonies and class distinctions based on birth, and ethical in its preference of a pure heart, and of the law of love, to all other acquired merits and good works. This religious revival was the work also of the people, of the masses, and not of the classes.
Appears in 50 books from 1904-2006
Page 13 - Communalism was the false consciousness of the historical process of the last 150 years because, objectively, no real conflict between the interests of Hindus and Muslims existed. Of course, religion as a social diversity or differentiation existed in real life; but making this diversity the basis of political organization, mobilization, and action or seeing it as the main inner contradiction in social, economic and political life was certainly an aspect of false consciousness. Communalism was not,...
Appears in 7 books from 1974-2006

SYED NESAR AHMAD taught in Pakistan, Canada, and the United States before receiving his doctoral degree in Sociology from SUNY, Binghamton. He was killed in a hijacking in Pakistan on September 5, 1986, while returning from the World Sociology Congress in New Delhi. Ahmad published numerous articles on third world development, the Middle East, and South Asia in such journals as Review, Third World Forum, Pakistan Forum, and the McGill Daily newspaper. He also contributed chapters to a variety of books on political economy. At the time of his death he was a faculty member at Friends World College in Long Island, New York. 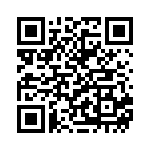