The Giving Tree is a lovely book; I love the hand drawing of the images in this book. The author does a beautiful job with that. Here is a classic book to have. It teaches about loving and giving love ... Read full review 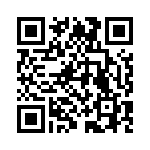