I am not a hockey player, but I appreciated the broad range of tips offered by this book. I am also in the camp that Sidney Crosby should not be on the cover, as the wide ranging appeal of said book ... Read full review

Saul Miller, PhD, is a performance and sport specialist consulting in sport, business, health care, and the arts.

With a PhD in clinical psychology from the University of London, Miller is one of North America's leading mental coaches. His work in enhancing performance and team building has helped organizations, individuals, and teams be successful while dealing with pressure, stress, and change.

Miller has been working as a sport psychologist for over three decades. He coached the mental game of hockey at every level of play, including youth and recreational leagues, junior and college hockey, top European leagues, and the National Hockey League. His clients extend beyond hockey to include players and teams in the National Football League, National Basketball Association, and Major League Baseball plus Professional Golfers Association Tour players and national and Olympic athletes in more than 20 sports. Dr. Miller is the author of eight books, including the first edition of Hockey Tough: A Winning Mental Game, and is often invited to speak at hockey coaching clinics and conferences throughout North America and in Europe. 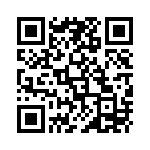