This book was a thrilling ride, with its up and downs, love and lost, death and life. If there was any book i would recommend it would be Bernard Cornwell's Azincourt, the way he wrote about Nicholas Hook, it was as if he followed him around France and Britain writing all that happens at the time.
Amazing book, would read it again and again. 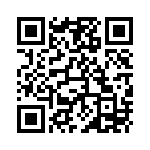