I feel duly patronised. The author thinks that liberals are being too selfish and instead of saving humanity they concentrate on personal success. The unspoken assumption of liberals being saviours of ... Read full review

This book covers the decay of liberalism from World War 1 through the rest of the 20th Century. Liberals started off championing the working class but degenerated into a lame "rising tide floats all ... Read full review

Chris Hedges, currently a senior fellow at The Nation Institute, a Lecturer in the Council of the Humanities and the Anschutz Distinguished Fellow at Princeton University, spent nearly two decades as a foreign correspondent in Central America, the Middle East, Africa and the Balkans. Hedges has reported from more than 50 countries and has worked for The Christian Science Monitor, National Public Radio, The Dallas Morning News and The New York Times, where he spent fifteen years. He is the author of the best-selling War Is a Force That Gives Us Meaning, which draws on his experiences in various conflicts to describe the patterns and behavior of nations and individuals in wartime. Hedges, the son of a Presbyterian minister, has a B.A. in English Literature from Colgate University and a Master of Divinity from Harvard University. He was a Nieman Fellow at Harvard during the academic year of 1998-1999. He has a strong grounding in the classics and knows Greek and Latin, as well as Arabic, French and Spanish. He currently writes for numerous publications including Foreign Affair. 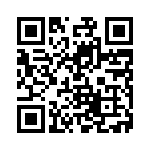