THIS IS AN IMPORTANT BOOK FOR ME. It deals with the monoculture and multiculturalism. The point of my thesis is multiculturalism through the dramatic lens. I am a researcher at faculty of Arts, Kafrelsheikh University in Egypt. The monoculture single-minded . One should accept that he lives in a society fulls of values and assumptions. Actually, This book will be helpful to be. If there is more preview, it will add to my research.
All the best,
Nadia Maher Ibrahim
faculty of Arts, Kafrelsheikh University.
English Department.

MARK ERIC KRAMER is Associate Professor of Communication at the University of Oklahoma. He is a member of the editorial board of various journals and has published extensively. Among his latest books are Modern/Postmodern: Off the Beaten Path of Antimodernism and Postmodernism and Race. 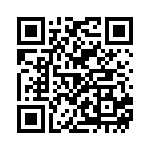