Andrea is a science communicator specializing in astronomy, geology, Earth and planetary science, climate science, ecology, and the environment. She has authored or co-authored books and articles for a wide variety of national and international publishers and organizations including: National Geographic, Scientific American, New Scientist, NASA, Space Telescope Science Institute, Capstone Press, and others. She is a former associate editor of Astronomy magazine and was editor-in-chief of Astronomy.com. Andrea also develops multimedia educational tools and programs for museums.

Cynthia Martin has worked in comics and animation since 1983. Her credits include Star Wars, Spider-Man, and Wonder Woman for Marvel Comics and DC Comics, in addition to work as a storyboard artist for Sony Children's Entertainment and the Krislin Company. Cynthia's recent projects include an extensive series of graphic novels for Capstone Press and two issues of Blue Beetle for DC Comics. She also illustrated the book Alley of Shadows, published by Stone Arch Books. 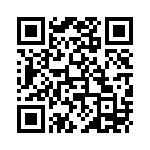