Lucy Maud Montgomery (1874-1942) was born in what is now New London, Prince Edward Island, and raised by her grandparents after the death of her mother when she was just two. She worked for a time as a teacher and a journalist, then wrote her first novel, "Anne of Green Gables," in the evenings while caring for her grandmother. When the book appeared in 1908, it was an instant success; it would go on to sell millions of copies in dozens of languages the world over, making Anne one of literature's most beloved characters of all time. 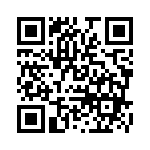