Deborah Finkel is a Professor of Psychology at Indiana University Southeast. Her research interests include applying the methods of behavioral genetics to investigations of cognitive aging and biological markers of the aging process and the methods of longitudinal analysis to twin data to investigate genetic and environmental influences on longitudinal change. She was named a Fellow of the Gerontological Society of America in 2002.

Chandra A. Reynolds is currently Professor of Psychology at the University of California Riverside. Her research interests focus on the interrelationships between health and cognition across development. She directs projects that consider the etiology of cognitive change and decline, including biological and candidate gene markers and their possible interaction with social-environmental factors. Other projects include examinations of early-life influences on longitudinal change in health, well-being, and cognition as well as longevity. 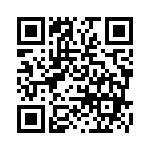