Asghar Abbas retired as Professor and Chairman, Department of Urdu, Aligarh Muslim University in 2003. He also served as Director, Sir Syed Academy, Aligarh Muslim University from 2002 to 2008. He has contributed more than 150 articles on the literary, cultural and social changes taking place in nineteenth century India. He has also authored more than a dozen books on eminent men of letters and social reformers of India. 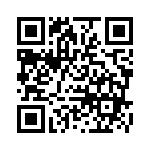