100 other sections not shown

Konrad Lorenz was an Austrian zoologist whose specialty, the biological origins of social behavior, is of major interest to psychologists. Lorenz pioneered in the direct study of animal behavior and was the founder of modern ethology (the study of animals in their natural surroundings). He received the Nobel Prize for physiology in 1973 for his research on instinctive behavior patterns and on imprinting---the process through which an animal very early in life acquires a social bond, usually with its parents, that enables it to become attached to other members of its own species. His major book, "On Aggression" (1963), was attacked by many anthropologists, psychologists, and sociologists, who maintained that Lorenz's claim that aggression is inborn means that it cannot be controlled. His supporters countered that Lorenz never stated that inborn traits could not be changed. Lorenz's work continues to play a key role in this contemporary version of the nature-nurture debate. 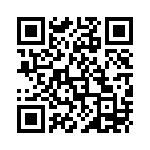