The first half consists of eye-glazing (for me at least) geoclimatology and Venus/Mars planetology. Then he gets to the Ward/Brownlee "Rare Earth" thesis (the dubiousness thereof), habitable zones ... Read full review

We should all read Kasting's book to learn how to make our own planet habitable again.

James Kasting is Distinguished Professor of Geosciences at Pennsylvania State University. He is a renowned expert in planetary atmospheric evolution and is actively involved in the search by NASA for habitable planets outside our solar system. He is the coauthor of the introductory textbook The Earth System. 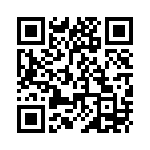