One of the pleasures of A Discovery of Witches is how Harkness seamlessly blends the real and fantasy worlds together. This skill, along with the grounding of the story in a weave of deep mythical ... Read full review

Jonathan Strange and Mr. Norrell is one of the finest books I have had the priviledge to read. It's the story of two magicians in England who clash on the fundamentals. Mr. Norrell, miserly and ... Read full review

Susanna Clarke's debut novel Jonathan Strange & Mr Norrell was first published in more than 34 countries and was longlisted for the Man Booker Prize and shortlisted for the Whitbread First Novel Award and the Guardian First Book Award. It won British Book Awards Newcomer of the Year, the Hugo Award and the World Fantasy Award in 2005. The Ladies of Grace Adieu, a collection of short stories, some set in the world of Jonathan Strange & Mr Norrell, was published by Bloomsbury in 2006. Her second novel, Piranesi, will publish in September 2020. She lives in Derbyshire. 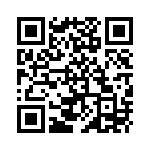