I haven't read this book yet, but I've read a lot of the reviews--Christgau's reviews being one of the highlights of the Village Voice for me. I don't always agree with Christgau, but he often has something unexpected to tell me about the music under review, and that's a rare commodity. Read full review

Christgau, chief music critic of the Village Voice, follows his guides on the 1970s and 1980s with these quirkily insightful critiques of nearly 4000 albums/CDs from the last decade, encompassing ... Read full review

Robert Christgau has reviewed rock and popular music for over thirty years. He is a senior editor and chief music critic at the Village Voice, and writes for Playboy, Rolling Stone, Spin and other publications. Christgau's Consumer Guide: Albums of the 90s is his third record guide. Christgau is also the author of Any Old Way You Choose It: Rock and Other Pop Music, 1967-1973 and Grown Up All Wrong: 75 Great rock and Pop Artists from Vaudeville to Techno. 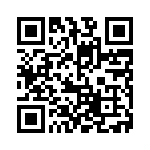