A collection of Steinbeck novels from his last notable period, which ends with his ambitious Salinas Valley epic, East of Eden, published when he was 50. Although Eden was followed by Sweet Thursday ... Read full review

February 27 marks the great Steinbeck's 100th birthday, and the publishing world is celebrating appropriately. The Library of America volume collects the author's little-known 1942 novel The Moon Is ... Read full review

Robert DeMott, volume editor, is the Edwin and Ruth Kennedy Distinguished Professor at Ohio University and the author of Steinbeck's Typewriter, an award-winning book of critical essays. 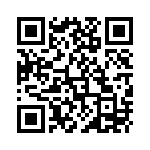