As Clarence W. Newsome's daughter, I was astounded and pleased with the research and details of my father's role in the Civil Rights movement in Virginia. The book is very readable although filled with facts and detalis. Mr. Wallenstein does an excellent job in bringing this era to life. I appreciate his work as I was a mere child during these happenings. 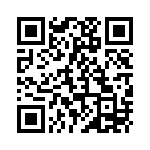