Patricia Mears is deputy director of the Museum at the Fashion Institute of Technology, New York. G. Bruce Boyer is a leading menswear writer and historian. 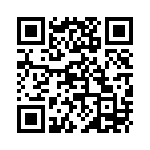