This book is a must read! Christianity based the bible and not just the reformation. Read full review

I was a fan of Wimbers for a long time.He taught experience over the word of God and had no discernment which is why I turned away from him and others. Read full review

JOHN WIMBER (1934 -1997) was a charismatic pastor and one of the founding leaders of the Vineyard Movement. He pastored Anaheim Vineyard Christian Fellowship from 1977 to 1994, where he emphasized intimacy with God, authenticity in worship, and church planting, which he called “the best form of evangelism.” Wimber became a well-known speaker at international charismatic conferences, focusing on what he called “power evangelism” and healing through the power of the Holy Spirit. His bestselling books Power Evangelism and Power Healing continue to be widely read and to influence the next generation of ministry leaders.

KEVIN SPRINGER is president of PRISM Leadership Group, a consulting ministry devoted to helping pastors and churches clarify their dreams and visions and assisting them in fulfilling them.  He and his wife, Suzanne, also conduct marriage seminars and retreats. 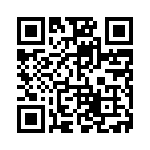