Wajahat Habibullah is currently Secretary, Ministry of Panchayati Raj, Government of India. A member of the Indian Administrative Service of the 1968 batch, Mr Habibullah belongs to the Jammu and Kashmir cadre. He has been Senior Fellow at the United States Institute of Peace, Washington, DC (2003–04); Director of the Lal Bahadur Shastri National Academy of Administration, Mussoorie (2000–03); and Secretary of the Rajiv Gandhi Foundation (1991–93). In addition, he has held senior administrative posts in the state of Jammu and Kashmir as well as in the central government in New Delhi. He has written articles and papers on the problems affecting Kashmir and the protection of human rights.

Manoj Ahuja is currently Deputy Director (Senior), Lal Bahadur Shastri National Academy of Administration, Missourian. He is a member of the Orissa cadre of the Indian Administrative Service (1990 batch) and has held various posts in the Government of Orissa. He has previously coauthored reports on the computerisation of land records in Karnataka and West Bengal. His areas of interest cover e-governance, Panchayati Raj, and computerisation of land records. 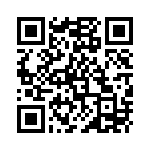