This was, for me, quite a unique take on the zombie fiction genre. While it had a healthy dose of the blood & terror I expected, it also had a lighthearted sense of humor about itself that was really ... Read full review

Right after the zombie outbreak that was only suppressed after thousands of deaths, a single mother finds a dead young woman who’s just given birth … to a zombie baby. Stony doesn’t eat, but somehow ... Read full review

Daryl Gregory is the author of numerous novels, including "Raising Stony Mayhall" and "Afterparty". He has won and been a finalist for several awards, including the Crawford Award, the World Fantasy Award, and the Shirley Jackson Award. Daryl lives in Pennsylvania with his family. 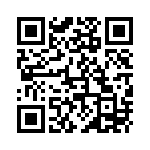