Titius - Bode law (Liesegang)
There is proposed a hypothesis according to which the regular structure of planetary systems can be explained as a consequence of spatially periodic condensation of gaseous matter during the formation of the Central Body.
According to the hypothesis, the periodic condensation on cosmic scales is analogous to the Liesegang phenomenon. Calculations indicate that the hypothesis is in agreement with certain facts: the mechanism of condensation under consideration does not contradict the basic laws of diffusion and s number of physical models:
http://creatacad.org/?id=21&lng=eng http://creatacad.org/?id=24&lng=eng
http://www.eso.org/public/archives/releases/sciencepapers/eso1035/eso1035.pdf
http://www.universetoday.com/87784/applying-the-titius-bode-rule-to-exoplanet-systems/
http://www.scielo.org.mx/pdf/rmaa/v47n1/v47n1a12.pdf
Now the Titius-Bode law sometimes helps to find new exoplanets!
Sincerely,
Georgi Gladyshev

Michael Perryman spent 2010 as a Distinguished Visitor at the University of Heidelberg and at the Max Planck Institute for Astronomy, Heidelberg. During an extensive career with the European Space Agency, he was the scientific leader of the Hipparcos space astrometry mission, a project which has provided a unique observational foundation for many aspects of exoplanet studies. He was Professor of Astronomy at Leiden University, The Netherlands, between 1993 and 2009. He chaired the influential European Space Agency-European Southern Observatory (ESA-ESO) working group on extra-solar planets in 2005, and has served on various national working groups and strategy panels for the future development of exoplanet research. 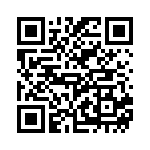