Like many collections of short stories I rate this quite low, because there is always a mix of quality and I'm not particularly a fan of the short story either. Adding to that, in this case, there are ... Read full review

Born in Leeds, England, Charles Stross knew he wanted to be a science fiction writer from the age of six. Despite this, he went to university in London and qualified as a Pharmacist. He made his first writing sale to Interzone in 1986, and sold about a dozen stories elsewhere throughout the late 1980s and early 1990s. He now writes fiction full-time, has sold about 16 novels, has won one Hugo award and been nominated nearly a dozen times, and has been translated into about a dozen languages. He is the author of the Merchant Princes series. His latest book, The Revolution Business, is the fifth in this series. He lives in Edinburgh, Scotland, with his wife Feorag. 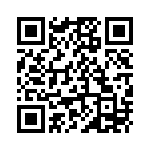