First part was interesting and an easy read but it did make me feel a little weird that fictional characters were used alongside actual people as examples of psychopaths. Around the halfway point, I ... Read full review

Forget Lord Voldemort. On the evidence, Robert Hare, the author of Without Conscience, was the first Death Eater. I say that because, although Hare writes this book to warn about psychopaths, you can ... Read full review

Robert D. Hare, PhD, has conducted influential research on psychopathy for over 25 years. Professor Emeritus of Psychology at the University of British Columbia, Canada, and the developer of one of the world's most widely used tools for assessing psychopathy, Dr. Hare is the author of over 100 professional articles and several books. In recognition of the enormous impact that his work on psychopathy has had worldwide, the Society for the Scientific Study of Psychopathy named their lifetime achievement award after him. In 2005, he was the first recipient of the R.D. Hare Lifetime Achievement Award. 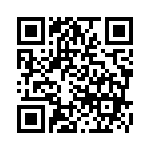