Judith Butler is Maxine Elliot Professor in the Departments of Rhetoric and Comparative Literature at the University of California, Berkeley. She has published widely in the fields of continental philosophy, literary theory, feminist and queer theory, and cultural politics. Her books include Precarious Life: Powers of Mourning and Violence (Verso, 2003) and Undoing Gender (Routledge, 2004).Sara Salih is Assistant Professor of English at the University of Toronto. She is editor of The History of Mary Prince, a West Indian Slave (2000) and author of Judith Butler (2002). 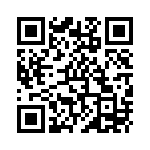