Harald Weinrich has taught at Princeton University and the University of Michigan, as well as at the Wissenschaftskolleg in Berlin and the Scuola Normale in Pisa. Among his books are Das Ingenium Don Quijotes, Tempus, Literatur für Leser, Wege der Sprachkultur, and Textgrammatik der deutschen Sprache. Steven Rendall is the author of many studies on French literature and literary theory and the translator of more than two dozen books from French and German. He currently lives in France. 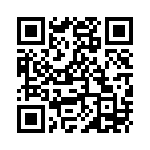