David Brion Davis is Sterling Professor of History at Yale University. A former President of the Organization of American Historians, he has won the Pulitzer Prize, the National Book Award, the Bancroft Prize, and the American Historical Association's Beveridge Award. His most recent book is The Boisterous Sea of Liberty: A Documentary History of America from Discovery through the Civil War (Oxford University Press, 1998, with Steven Mintz). 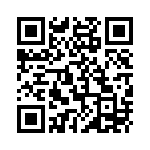