Page 34 - Governments can err, Presidents do make mistakes, but the immortal Dante tells us that divine justice weighs the sins of the cold-blooded and the sins of the warm-hearted in different scales. Better the occasional faults of a Government that lives in a spirit of charity than the consistent omissions of a Government frozen in the ice of its own indifference.
Appears in 120 books from 1934-2007

Vance Stewart?s intense interest in World War II and his many years of study and research bring a fresh outlook to that great conflict. He has been a history enthusiast for as long as he can remember and the fact that his older brother was in the US Air Force at that time helped focus his attention on the war and its ramifications. In addition, the author has been part of a family business, successfully owned his own baking company, and owned and operated an art gallery in Memphis, Tennessee before he retired. 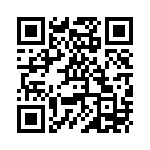