I did not read previous or later editions from this successful series on neuroanatomy, but am able to judge my edition (3rd, 1990), even though it is not up-to-date.
“Synaptic” is an unusual book on neuroanatomy, because it concentrates not on large-scale circuits in the brain or even specific nuclei or laminated structures, but on small-scale, synaptic-oriented microcircuitry. The book consists of twelve chapters (plus an appendix), divided by brain structures (peripheral ganglia, ventral horn of the spinal cord, olfactory bulb, retina, cerebellum, thalamus, basal ganglia, olfactory cortex, hippocampus and neocortex); its main organizational aspect is laid on chapters 1 and 2 and in the appendix, which concerns the properties of individual synapses and basic neurophysiology (chapters 1 and 2), and properties of dendrites and dendritic spines (appendix).
The first chapter lays down the essential organizing principles that will guide each chapter, by introducing the concept of levels of organization – that is, the hierarchical profile of the organization of the brain in terms of molecules and ions->synapses->microcircuits->dendritic trees->neurons->local circuits-> interregional circuits->behavioral systems. This underlying organizing principle is crucial for understanding the ways that synaptic circuits are organized in a hierarchical manner, and how this affects the overall functioning of each behavioral system. The chapter is masterfully conducted by the book organizer, Gordon M. Shepherd, and he argues convincingly that small-scale properties up to the level of local circuits is as important to determining brain function as are large-scale properties. In this sense, the first chapter not only lays down the basic organization that each chapter will have, but also justifies the analyses of microcircuitry as a field of inquiry. From the preface:
Synaptic organization may be defined as the study of the principles underlying the organization of neurons and synapses into circuits that mediate the functional operations of different brain regions. It is a multidisciplinary subject, requiring the integration of results from experimental studies in molecular neurobiology, neuroanatomy, neurophysiology, neurochemistry, neuropharmacology, development and behavior, as well as theoretical studies of computational neuronal models and neural networks.
This last aspect is also thoroughly discussed in the first chapter; the authors point to the need that computational neurobiology to focus on neuronal compartmentalization, since the organizational profile of the individual neuron in terms of synapses, microcircuits and dendritic trees is extremely important to its overall electric properties. This observation is directed mainly to computational neurobiologists of the time (more than 20 years ago) – the field has advanced a great deal, with the introduction of tools such as NEURON and GENESIS, which treat the neuron as compound units instead of whole units with reductionist properties –, but is still valid.
Besides being that which “glues together” each chapter, the first chapter also lays the organizational structure of each chapter. In order to increase comparability between structures, each chapter of the book is organized in the same sequence of analysis, starting with neuronal elements and synaptic connections in order to synthesize a basic (or canonical) circuit for the region that is analysed in the chapter, proceeding to consider physiological actions, neurotransmitters and dendritic properties that underlie the functional characteristics of the region. Synthesis is reached in a final section in each chapter, dealing with the functional operations which are thought to be generated by the synaptic circuits of that region.
The second chapter is, in a sense, more introductory; it deals with basic neurophysiology, discussing the great variety of membrane channels (both voltage- and ligand-gated) which provide the dynamic substrate for the information processing that takes place in synaptic

Gordon M. Shepherd is at Yale University School of Medicine. 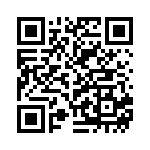