When I started reading this book, I wasn't very familiar with the details of the Israeli-Palestinian conflict and I felt that the book was very argumentative and aggressive. After reading more books ... Read full review

Too much left wing bias, but need to keep reading these to stay balanced. Read full review

Rashid Khalidi, author of six books about the Middle East—Sowing Crisis, The Iron Cage, Resurrecting Empire, Origins of Arab Nationalism, Under Siege, and the award-winning Palestinian Identity—is the Edward Said Chair in Arab Studies and director of the Middle East Institute at Columbia University. He has written more than eighty articles on Middle Eastern history and politics, including pieces in the New York Times, the Boston Globe, the Los Angeles Times, the Chicago Tribune, and many journals. Professor Khalidi has received fellowships and grants from the John D. and Catherine T. MacArthur Foundation, the Ford Foundation, the Woodrow Wilson International Center for Scholars, the American Research Center in Egypt, and the Rockefeller Foundation; he was also the recipient of a Fulbright research award. Professor Khalidi has been a regular guest on numerous radio and TV shows, including All Things Considered, Talk of the Nation, Morning Edition, NewsHour with Jim Lehrer, and Nightline. 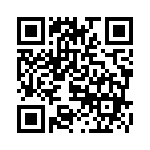