Bosworth really did her homework on Fonda. It was exciting to read about all the people she's been involved with, all her major life changes, etc. Jane Fonda is an icon. Read full review

This book reveals the vulnerability of being a person whose image was made by others. It takes incredible determination to find her own essence and move beyond dominate mens stories into her own life. I admire all people who have the courage of finding their own lives and walking into the unknown. Read full review

Patricia Bosworth (1933–2020) was a bestselling journalist and biographer. She was a contributing editor for Vanity Fair and a contributor to the New York Times and the Nation. She was also a Broadway actor for nearly a decade, and went on to run the Playwrights/Directors Unit at the Actors Studio. Bosworth taught nonfiction writing at Columbia University as senior fellow at the National Arts Journalism Program, and lectured at Barnard, Yale University, and the New School. Her books include Montgomery Clift (1978), Diane Arbus (1984), Marlon Brando (2000), and Jane Fonda: The Private Life of a Public Woman (2011). 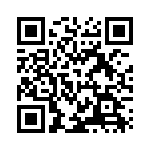