Reed F. Noss is editor of Conservation Biology, an international consultant in conservation, science director of The Wildlands Project, a research scientist at the University of Idaho, a research associate at Stanford University, and is on the Fisheries and Wildlife faculty at Oregon State University. He has an M.S. in ecology from the University of Tennessee, a Ph.D. in wildlife ecology from the University of Florida, and a fifth-degree black belt in Shito-Ryu karate. His twenty plus years in the environmental field include work with the Ohio Department of Natural Resources, Florida Natural Areas Inventory, and U.S. Environmental Protection Agency. He is a Pew Scholar in Conservation and the Environment (1993-96) and has published over one hundred papers. At the time Saving Nature's Legacy was published he was living in the foothills of the Oregon Coast Range outside Corvallis with his family. Allen Y. Cooperrider has been a consultant in conservation biology with Big River Associates since 1991. He was educated in zoology and wildlife biology at the University of California, Berkeley, the University of Montana, and Syracuse University. He worked for many years as a wildlife biologist throughout the West, including seventeen years with the U.S. Bureau of Land Management. He and his wife live in rural Mendocino County in northern California on a river to which he hopes salmon will someday return. Defenders of Wildlife is dedicated to the protection of all native wild animals and plants in their natural communities. We focus our programs on what scientists consider two of the most serious environmental threats to the planet: the accelerating rate of extinction of species and the associated loss of biological diversity, and habitat alteration and destruction. Long known for our leadership on endangered species issues, Defenders of Wildlife also advocates new approaches to wildlife conservation that will help keep species from becoming endangered. Our programs encourage protection of entire ecosystems and interconnected habitats whi le protecting predators that serve as indicator species for ecosystem health. Founded in 1947, Defenders of Wildlife is a 501(c)(3) membership organization with over 460,000 members and supporters nationwide. 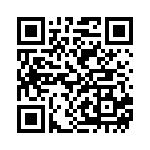