Dr. Gita Sukthankar is an Associate Professor and Charles N. Millican Faculty Fellow in the Department of Electrical Engineering and Computer Science at the University of Central Florida, and an affiliate faculty member at UCF’s Institute for Simulation and Training. She received her Ph.D. from the Robotics Institute at Carnegie Mellon, an M.S. in Robotics, and an A.B. in psychology from Princeton University. In 2009, Dr. Sukthankar was selected for an Air Force Young Investigator award, the DARPA Computer Science Study Panel, and an NSF CAREER award. Gita Sukthankar’s research focuses on multi-agent systems and computational social models.

Christopher Geib is an Associate Professor in the College of Computing and Informatics at Drexel University. Before joining Drexel, Prof. Geib's career has spanned a number of academic and industrial posts including being a Research Fellow in the School of Informatics at the University of Edinburgh, a Principal Research Scientist working at Honeywell Labs, and a Post Doctoral Fellow at the University of British Columbia in the Laboratory for Computational Intelligence. He received his Ph.D. in Computer Science from the University of Pennsylvania and has worked on plan recognition and planning for over 20 years.

Dr. Hung Bui is a Principal Research Scientist at the Laboratory for Natural Language Understanding, Nuance, Sunnyvale, CA. His main research interests include probabilistic reasoning, machine learning and their applications in plan and activity recognition. Before joining Nuance, he spent 9 years as a senior computer scientist at SRI International, where he led several multi-institution research teams developing probabilistic inference technologies for understanding human activities and building personal intelligent assistants. He received his Ph.D. in Computer Science in 1998 from Curtin University, Western Australia.

Dr. David V. Pynadath is a Research Scientist at the University of Southern California Institute for Creative Technologies. He received his Ph.D. in Computer Science from the University of Michigan, Ann Arbor, where he studied probabilistic grammars for plan recognition. He was subsequently a Research Scientist at the USC Information Sciences Institute, and is currently a member of the Social Simulation Lab at USC ICT, where he conducts research in multiagent decision-theoretic methods for social reasoning.

Robert P. Goldman is a Staff Scientist at SIFT, LLC, specializing in Artificial Intelligence. Dr. Goldman received his Ph.D. in Computer Science from Brown University, where he worked on the first Bayesian model for plan recognition. Prior to joining SIFT, Dr. Goldman was Assistant Professor of Computer Science at Tulane University, and then Principal Research Scientist at Honeywell Labs. Dr. Goldman's research interests involve plan recognition, the intersection between planning, control theory, and formal methods, computer security, and reasoning under uncertainty. 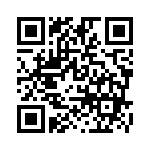