Alfred Mac Adam teaches literature at Barnard College-Columbia University. He is a translator and art critic. He also wrote the notes and introduction to the Barnes & Noble Classics edition of Wells's The Time Machine and The Invisible Man. 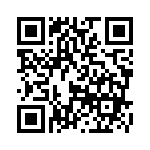