Page 75 - By natural ability, I mean those qualities of intellect and disposition, which urge and qualify a man to perform acts that lead to reputation. I do not mean capacity without zeal, nor zeal without capacity, nor even a combination of both of them, without an adequate power of doing a great deal of very laborious work.
Appears in 63 books from 1869-2006
Page 23 - To give a fair chance to potential creativity is a matter of life and death for any society.
Appears in 45 books from 1880-2007

Robert J. Sternberg is Dean of the School of Arts and Sciences and Professor of Psychology at Tufts University. Prior to being at Tufts, he was IBM Professor of Psychology and Education, Professor of Management in the School of Management, and Director of the Center for the Psychology of Abilities, Competencies, and Expertise at Yale University. This center, now relocated to Tufts, is dedicated to the advancement of theory, research, practice, and policy advancing the notion of intelligence as developing expertise, as a construct that is modifiable and capable, to some extent, of development throughout the lifespan. The Center seeks to have an impact on science, education, and society. Sternberg was the 2003 President of the American Psychological Association and is the 2006 2007 President of the Eastern Psychological Association. He was on the Board of Directors of the American Psychological Association and the Board of Trustees of the APA Insurance Trust. He is currently on the Board of Trustees of the American Psychological Foundation and on the Board of Directors of the Eastern Psychological Association as well as of the American Association of Colleges and Universities. Sternberg received his Ph.D. from Stanford University in 1975 and his B.A. from Yale University. He holds honorary doctorates from eight universities. He is the author of over 1,100 journal articles, chapters, and books. He focuses his research on intelligence, creativity, and wisdom and has studied love and close relationships as well as hate. This research has been conducted on five different continents. 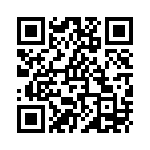