Conrad Rudolph is Professor of Medieval Art History at the University of California, Riverside. He has received fellowships and grants from the Guggenheim, J. Paul Getty, Mellon and Kress foundations, as well as from the National Endowment for the Humanities and the College Art Association. At the University of California, Riverside he has received both the University Distinguished Teaching award and the University Honors Faculty Mentor of the Year award. He is a member of the board of editors of Speculum and of caa.reviews, the online journal of reviews of the College Art Association. He is author of The Things of Greater Importance: Bernard of Clairvaux's Apologia and the Medieval Attitude Toward Art (1990), Artistic Change at St-Denis: Abbot Suger's Program and the Early Twelfth-Century Controversy over Art (1990), Violence and Daily Life: Reading, Art, and Polemics in the Citeaux Moralia in Job (1997), Pilgrimage to the End of the World: The Road to Santiago de Compostela (2004) and First, I Find the Center Point: Reading the Text of Hugh of Saint Victor's The Mystic Ark (2005). 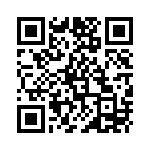