Contributing Editor Craig Walker is Associate Professor of Drama at Queen’s University and is the author of The Buried Astrolabe: Canadian Dramatic Imagination and Western Tradition (McGill-Queen's University Press, 2001). 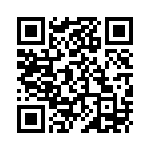