THE NUDIST ON THE LATE SHIFT: and Other True Tales of Silicon Valley

The growing subspecialty of business books that deals with the brainiac talents and picaresque entrepreneurs of Silicon Valley is upgraded to version 2.0 with this knowledgeable communiqué from ... Read full review

An excellent look into Silicon Valley, startups, and the IPO process. This book was pre-dot.com collapse and pre-changes to the way that stock options are accounted for, so some of the information is dated now, but it does provide a good window into the culture. Read full review

Po Bronson is a feature writer for Wired and has written about high-tech culture for The New York Times Magazine, The Wall Street Journal, and Forbes ASAP. His first novel, Bombardiers (1995), was translated into ten languages, became an inter-national bestseller, and was described by Business Week as "perhaps the most entertaining depiction of greed on Wall Street ever to see print." His second novel, The First $20 Million Is Always the Hardest (1997), was called "a smart, sassy fantasy" by The New York Times. The Boston Herald added, "Ken Kesey would be proud."

When asked in December 1998 which young authors he was reading, Tom Wolfe responded, "Two of the writers I look to with tremendous interest are Richard Price and Po Bronson. 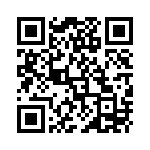