A very readable history of payday lending. It tells the story from the Civil War through the present day. The author explains what happened when legislators tried to regulate the product. At the end of the book, Mayer weighs the evidence and argues in favor of imposing a national usury rate. The conclusion is controversial but balanced. He examines both sides of the question.

Robert Mayer is a professor of political science at Loyola University. He holds a Ph.D. in political theory from Princeton University. 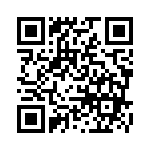