James M. McCaffrey is retired as Professor of History at the University of Houston–Downtown and is author of several books, including Inside the Spanish-American War: A History Based on First-Person Accounts. 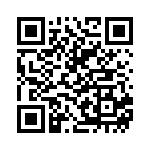