The late Jacques Derrida was the single most influential voice in European philosophy of the last quarter of the twentieth century. His Athens, Still Remains, The Animal That Therefore I Am, Sovereignties in Question, and Deconstruction in a Nutshell have been published by Fordham University Press.

MARIE-LOUIS MALLET has been a Program Director at the Collčge International de Philosophie and was the organizer of three of the four Derrida Cerisy conferences. She is author of La Musique en respect and is the editor of the special edition of Les Cahiers de l’Herne on Derrida.

David Wills is Professor of French Studies and Comparative Literature at Brown University. His major work, on the originary technicity of the human, is developed in three books: Prosthesis (Stanford, 1995), Dorsality (Minnesota, 2008), and Inanimation (Minnesota, 2016). He has translated various works by Jacques Derrida, including the forthcoming Theory and Practice (Chicago, 2018). 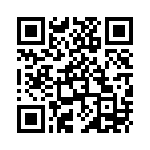