David Plante is the author of several novels, including his lauded Francoeur Trilogy —The Family, The Country, and The Woods. He has also written several works of nonfiction in addition to Difficult Women, most recently The Pure Lover, Becoming a Londoner, and Worlds Apart.

Scott Spencer has written eleven novels, including Endless Love, Walking the Dead, and the forthcoming River Under the Road. He has also written journalism for The New York Times, The New Yorker, Harper’s Magazine, GQ, and Rolling Stone. He lives in upstate New York. 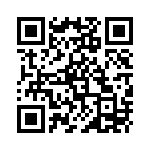